Zaman ("Time" in Turkish, "Namaz" - Islamic prayer - when read backwards)
Daily newspaper published in broadsheet format
Owner: Feza Gazetecilik
Editor: Ekrem Dumanlı
Published since November 3, 1986
Islamic-oriented, known to be close to Islamic leader Fethullah Gülen.
The circulation of the newspaper is above 900,000, but reportedly the number of copies sold at newsstands is less than 30,000.
There are accusations that the newspaper is being handed out freely to gain market share
Zaman is the first Turkish daily to go online in 1995
Official website: www.zaman.com.tr

Posta ("Mail" in Turkish)
Tagline: We love Turkey and people very much
Boulevard daily in tabloid format
It is the paper with the second highest circulation in Turkey.
Owner: Doğan Media Group
Editor: Rıfat Ababay
Published since January 23, 1995
Posta is a mass-market paper focusing more on entertainment and gossip than politics and economics.
Official website: www.posta.com.tr

HaberTürk ("Turkish News" in Turkish)
Tagline: Powerful because it is free
Daily newspaper published in Berliner format
Owner: Ciner Yayın Holding
Editor: Fatih Altaylı
Published  since March 1, 2009
HaberTürk was launched by Ciner Holding when its newspaper Sabah was seized by the Savings and Deposit Insurance Fund.
Some observers say that the editorial line of the paper was shaped exclusively by its editor Fatih Altaylı, and Fatih Altaylı is said to have a reputation for his aggressive style of expressing himself. All Voices , NewsEtc
Official website: http://www.haberturk.com/

Published since May 3, 1950
Editor: Tayfun Devecioğlu
Sold by Doğan Media Group to Demirören - Karacan joint venture in 2011
In September 2009, Milliyet opened its digital archive and become the first Turkish newspaper to do so
Official website: www.milliyet.com.tr 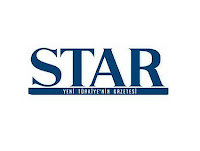 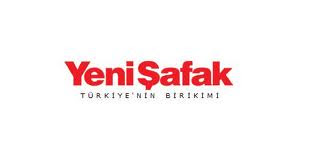 Güneş ("Sun" in Turkish)
Tagline: The courageous voice of people  (Halkın cesur sesi)
Boulevard daily newspaper published in Berliner format
Nationalist, secularist
Published  since February 19, 1982. The newspaper was shut down in 1992 as a result of financial hardships and was sold to Çukurova group in 1996. The publication of the newspaper was resumed on March 1, 1997.
Owner: Çukurova Holding
Editor: Aydın Türkmen
Official website: www.gunes.com 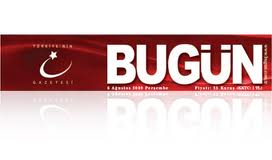 Şok ("Shock" in Turkish)
Tagline: It is independent and supports the people
Boulevard daily newspaper published in broadsheet format with plenty of photos, many of them of naked women
The newspaper targets the youths, soldiers and inmates
Published since January 9, 2002
Owner: ABC Medya
Editor: Recep Kondakçı
Official website: www.gazetesok.com

Owner: Mehmet KutlularEditor: Kazım Güleçyüz
The owner of the newspaper, Mehmet Kutlular is close to Islamic Nur movement, but in contrast to mainstream Nur groups, he supports the Democrat Party instead of Prime Minister Erdoğan's AK Party. AK Party is generally criticized by Yeni Asya and is viewed as extension of Milli Görüş movement.

Following a devastating quake in 1999, the owner of the newspaper, Mehmet Kutlular, was given two-year prison sentence for saying the quake was a godly warning.
Official website: www.yeniasya.com.tr

Pro-governmental, Islamic-oriented, harsh critic of the adversaries of the government and Islam
Yeni Akit was launched in 2010 as continuation of its predecessor Vakit daily. On September 13, 2010, the owner of Vakit daily Nuri Aykon passed away, and his heirs were indecisive about the plights of the newspaper, so the publishers decided to continue with a new name. (Vakit daily also has changed its name frequently because of convictions for publication of insulting  reports and commentaries.)
Hard-line Islamic activists like Şevki Yılmazi Asım Yenihaber and Kenan Alpay who have been prosecuted for challenging the secularist establishment during the 28 February anti-Islamic crackdown are among the members of  Yeni Akit team.

Yeni Asır ("New Era" in Turkish)
Tagline: Turkey's leading regional newspaper.
Daily newspaper published in Berliner format in the Aegean region since August 19, 1895.
Despite its ambitious tagline, Yeni Asır is far from being an influential regional newspaper. Its circulation has declined considerably since the 1980s. Today many of the readers of the newspaper are said to be interested mainly in its classified ads.
Nationalistic, republican, supporter of Atatürk's principles
Owner: Turkuaz Media Group
Editor: Şebnem Bursalı
Official website:

Ortadoğu ("Middle East" in Turkish)
Tagline: How happy is he who can say I am a Turk
Daily newspaper 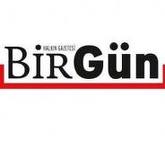 Tagline:
Turkey's first English-language daily newspaper
published in Berliner format
Published since March 15, 1961
The paper was bought by the Doğan Media Group in 2001

Today's Zaman
(On Sunday the paper is published with the name "Sunday's Zaman")
Tagline:Your way of understanding Turkey
Daily newspaper published in broadsheet format
One of two English-language dailies based in Turkey
Pro-governmental, Islamic-oriented
Sister of the daily Zaman, but the circulation of Today's Zaman is only 5,000, while Zaman has circulation of 900,000
Published since January 16,2007
Owner: Feza Group, which has close connections with the Islamic sect leader Fethullah Gülen.
Editor: Bülent Keneş
Official website:  http://www.todayszaman.com